IMAGE: Leander Paes and Aaditya Thackeray on the unveiling of the artwork set up in Mumbai on Monday. {Photograph}: Sahil Salvi/Rediff.com

India tennis legend Leander Paes together with Maharashtra’s Tourism and Surroundings Minister Aaditya Thackeray inaugurated ‘Waves’ an artwork set up by artist Krishna Kedar at Bandra in Mumbai on Monday.

It’s a Mumbai beautification initiative by the RPG Artwork Basis in collaboration with the Brihanmumbai Municipal Company. Additionally current on the unveiling was Leander’s daughter Ayanna Paes.

The set up is made up of over 500 tennis rackets solid in weather-proof, chrome-plated chrome steel. The rackets sit on a blue base of an Apex Ground-guard emulsion, with an iconographic human determine holding a tennis racket perched unfalteringly in opposition to the colourful fluidity of the wave, symbolising Leander Paes’s contribution to sports activities. 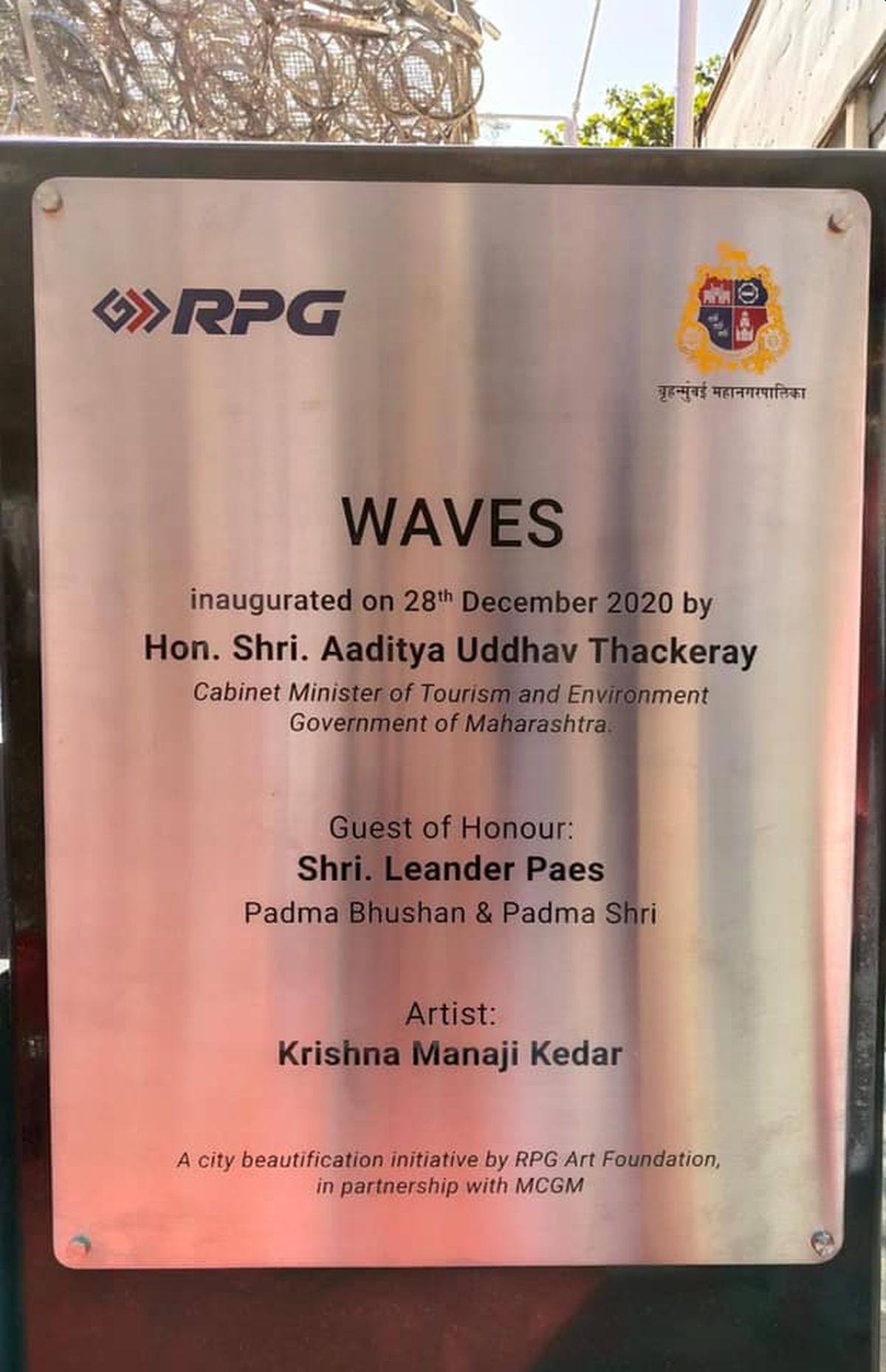 The set up goals to have a good time the spirit, braveness and talent Mumbaikars to beat every day obstacles thrown at them.

The paintings that took over six months within the making, weighs 600 kgs and stands at 10 x 15 x 6 toes in top, size, and width, respectively.